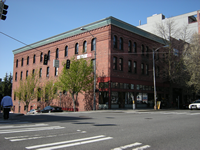 If you are located in Belltown of Seattle, we can help prepare your divorce, child support, and parenting plan documents. We do legal separations, prenuptial agreements, and separation contracts as well. Have many different types of family law documents and forms prepared with the help of a paralegal.

Belltown has the most densely populated neighborhood in Seattle. Belltown is famous for its nightlife and walkable neighborhood.

Nightlife hotspots include famous locations such as The Rendezvous, The Lava Lounge, and The Crocodile Cafe.