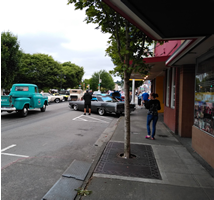 A child custody paralegal can help you get the forms prepared for divorce, child support, and other family law documents as well as child custody.

Renton, Washington is located next to Bellevue and at the south end of Lake Washington.

I have specifically designed this site and my business model as far as service locations to focus on those cities that would file at the Seattle downtown courthouse. And last, the cities all have a shoreline of some type, most notably that of Lake Washington (I love Lake Washington). Shoreline and Edmonds are the most logical central locations between North King County, Central Seattle, and Kirkland as far as the time to travel and distance between when all cities and my clients' needs as a whole are considered.

Since King Paralegals also offers the service of document filing for you, it saves you money because we are a short hop to the courthouse rather than driving from Renton or even Bothell all the way to downtown Seattle. Don't let distance decide your level of quality. King Paralegals can make it happen with simple email, telephone, and scans, regardless of where you are located.